In part two of this series, I’m going to examine the link between mental health issues and substance use disorders, which is the clinical term for addiction.  As you likely know, our son Jamie died from a fentanyl overdose in February of 2017.  He also had been previously diagnosed with bi-polar disorder.

Those who are mentally ill are more likely to abuse drugs and/or alcohol.  According to SAMHSA, 26.7% of people with mental health issues abused illicit drugs in 2012. In the general public, only 13.2% of people abused drugs.

In addition, according to NIH, people with serious mental illness die an average of 15 to 30 years younger than those without. This difference represents the largest health disparity in the U.S., larger than gender, racial or socioeconomic differences.  The reasons for this disparity include less utilization of primary care as well as more engagement in high-risk behavior, like drug, tobacco and alcohol use.

In this discussion, the term “self-medicate” is often used to describe how and why individuals with mental health issues use drugs.  Some in that situation say that, given their mental health issues, that when they use drugs is when they feel the most “normal.”  Their brain doesn’t always work in a linear fashion, often leaving them feeling anxious and overwhelmed by daily life.  Taking drugs then, for some, is a refuge, to a space that feels safer and more inviting- more “normal.”  That’s self-medicating: recreational drug use as medicine to help one feel more normal.

I compare this to folks, like many of us, who drink to forget a bad day.  Let’s say you royally screwed up at work, to the point that bosses pointed it out and you felt terrible about it.  You keep thinking about it long after the fact until you realize that you’re just obsessing and can’t really do anything about it.  BUT, you can’t shut it off.  So, in an attempt to essentially anesthetize your brain, you drink until you can stop thinking about the bad day.  That seems similar to me to what people with mental health issues do- trying to slow down their brains so it doesn’t hurt.  It’s all self-medication.

For individuals with a dual diagnosis- which means both a substance use and a mental health issue- treatment can be hard to get.  Data show that for individuals struggling with dual disorders, the majority—55.8%— doesn’t receive any treatment for either disorder. A mere 7.4% get treatment for both issues.

Regarding those individuals with a dual diagnosis, it is worth noting that causation can run in either direction.  We have already discussed mental health issues leading to drug abuse.  Drug use that precedes the first symptoms of a mental illness may produce changes in brain structure and function that promote an underlying predisposition to develop that mental illness.  For example, evidence suggests that periods of cocaine use may worsen the symptoms of bipolar disorder and contribute to progression of this illness.

The bottom line is that these issues can have a huge effect on people’s lives and one can lead to another or complicate the treatment of each.  It is important to understand these concepts when trying to help a loved one who is struggling.

In part three of this series, I’ll examine addiction, withdrawal, and the role of fentanyl in our current crisis. 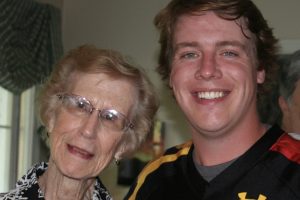 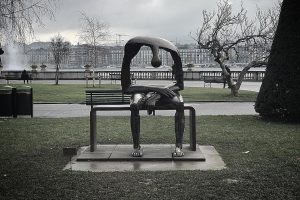