In part three of this series, I’ll examine addiction, withdrawal, and the role of fentanyl in our current crisis. Addiction, or substance use disorder, is a chronic disease characterized by drug use that is compulsive, despite harmful consequences. Most drugs affect the brain’s “reward circuit,” causing euphoria as well as flooding it with the chemical messenger dopamine. A properly functioning reward system motivates a person to repeat behaviors needed to thrive. Surges of dopamine in the reward circuit cause the reinforcement of pleasurable but unhealthy behaviors like taking drugs.

As a person continues to use drugs, the brain adapts by reducing the ability of cells in the reward circuit to respond to it. This reduces the high that the person feels compared to the high they felt when first taking the drug—an effect known as tolerance. They might take more of the drug to try and achieve the same high. These brain adaptations often lead to the person becoming less and less able to derive pleasure from other things they once enjoyed, like food, sex, or social activities. Individuals may also have different risk factors for addiction based on their biology, environment and age or stage of development.

Some addicts who want to seek treatment fear withdrawal. Withdrawal is defined as a predictable group of signs and symptoms that result from either the sudden removal of, or abrupt decrease in the regular dosage of a drug. These signs and symptoms of withdrawal vary greatly from one drug to the next. Benzodiazepines such as Valium, Ativan and Xanax, as well as alcohol, produce the most dangerous withdrawal symptoms, which can even be fatal in some cases.

Opioid withdrawal can feel like a very severe case of the flu. Importantly though, the physical pain of withdrawal is only part of the story. Some who have experienced it say the physical pain pales in comparison to the psychological trauma. When one is convinced that your drug of choice, your medicine, is more important than anything else in your life, contemplating giving it up can be almost unfathomable. Those who have built their current existence around obtaining and using drugs haven’t a clue what life will be like without them. They literally fear that they don’t know how they’ll survive without drugs. That fear is described as an endless series of exhausting emotional battles between their cravings and their weakness.

Finally, a word about fentanyl, which is at least 100 times more powerful than heroin. Pharmaceutical fentanyl was developed for pain management treatment of cancer patients, applied in a patch on the skin. Because of its powerful opioid properties, fentanyl is also diverted for abuse. Fentanyl is sometimes added to heroin to increase its potency, or be disguised as highly potent heroin. Many users believe that they are purchasing heroin and actually don’t know that they are purchasing fentanyl – which often results in overdose deaths. Among the more than 72,000 drug overdose deaths estimated in 2017, the sharpest increase occurred among deaths related to fentanyl and other synthetic opioids, with nearly 30,000 overdose deaths. Our son, Jamie, died of a fentanyl overdose in 2017.

In the final part of this series, I’ll explore the state of treatment for opioid addiction. 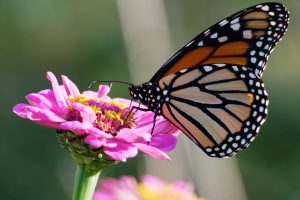 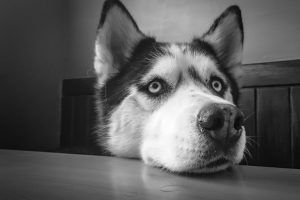