In part four and the finale to this series, I’ll explore the state of treatment for opioid addiction. First of all, access to treatment is a huge issue. According to the 2016 surgeon general’s addiction report, only about 10 percent of people with a substance use disorder get specialty treatment, that is, treatment for an addiction.

Another important factor is what type of addiction treatment is available. The treatment considered to be the “gold-standard” is Medication Assisted Treatment or MAT. That means treatment with some of the following medications: (using brand names) methadone, Suboxone and Vivitrol, which tend to curtail withdrawal cravings and pain. While this form of treatment still labors under the stigma that it’s one drug replacing another drug, it has proven to be very effective. In fact, several studies have shown that the mortality rate among addiction patients can be reduced by at least half by using MAT protocols.

The popular 12-step programs, which typically depend on total abstinence, have been found to be less effective than MAT treatment. This has led organizations like the Centers for Disease Control and Prevention, the National Institute on Drug Abuse and the World Health Organization to acknowledge MAT’s medical value, for those individuals who are indicated for it. Also, the famous Hazelden Betty Ford Clinic announced in 2012 that they would start offering MAT, a change from their past practice of abstinence only treatment.

Unfortunately, in an analysis of 2016 SAMHSA data, only 41% of addiction treatment facilities offered any of the MAT medications. And, only 3% offered all three. So, to sum up- most individuals aren’t able to receive any kind of treatment for an addiction and for those that do, the majority of facilities will not offer the best practice treatment. More access to high quality treatment is needed, which means more money for treatment, particularly from the federal government.

There is another aspect to treatment that doesn’t involve the body or drugs specifically, but does involve the mind-body connection. Sometimes you will hear a story about someone who came out of addiction treatment totally “clean” and then went straight back to using drugs. Why would that happen? To answer that question, you have to consider the factors that contributed to the individual becoming addicted in the first place.

Many individuals with a substance use disorder also have a mental health issue or an issue of abuse as well. According to a 2014 National Survey on Drug Use and Health, 7.9 million people in the U.S. experience both a mental disorder and substance use disorder simultaneously. In some of these cases, if a person is dealing with the trauma of sexual abuse, or the difficulties of manic depression or anxiety, they may use drugs to self medicate, to attempt to drown out their troubling thoughts.

These individuals are referred to as having a dual diagnosis, both a substance use disorder and a mental health issue. In these cases, getting someone “clean” of drugs and sending them back to their past life, without dealing with an underlying issue that may have contributed to the addiction is asking for failure.  Both the substance use issue and the mental health issue need to be addressed in clinical settings. And, finally, all of the issues need to be addressed on a continuing basis over the course of months or even years.

To sum up the above then:

When looking for a drug rehabilitation facility, make sure that they offer Medication Assisted Treatment, and hopefully all three drugs mentioned above. Make sure that they use dual diagnosis treatment and that there will be an outpatient follow-up plan post-discharge. Finally, ask for a facility’s statistics on patient success and specifically, success one year later. 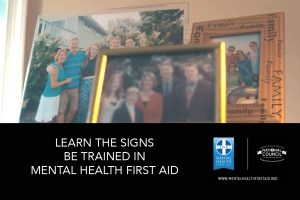