The medical definition of denial according to Merriam-Webster is “A psychological defense mechanism in which confrontation with a personal problem or with reality is avoided by denying the existence of the problem or reality.”

When dealing with my son’s addiction there were two parties in denial. There was my son who was so convincing when it came to discussions concerning his drug use that we believed he was not using even after a positive drug test. He was so good at coming up with excuses and reasons as to why his behavior was erratic, how a drug test could be showing a false-positive, and why he could never be an addict. I truly believe he himself was in denial, he knew he was using but he probably told himself daily that this was the last time he would use, he would clean up and could finally say, “I am not a drug user.” Along with my son’s denial there was our denial. How could we have a child that was a heroin addict? We are a loving family, very supportive of our children, totally involved in their lives, giving continuous encouragement, involved in all sorts of family functions, trips, football games, family dinners and much more. This could not be happening to us. So in reality Jamie did not have to work too hard to make us believe all was ok.

On the other hand, denial was our defense mechanism, denial kept the shame at bay, it kept us sane and able to function but possibly it kept us from helping our son when he needed it most.

I am not blaming anyone or anything. We just did not know what to do. Yes, we did convince him finally to go to rehab but that only lasted an hour and once again he convinced us all was well. While sitting at the rehab center with Jamie one of the patients walked in- he was scruffy, thin, smelled like cigarettes and had a vacant look in his eyes. I thought to myself, that is a drug addict and that is not my son. Jamie was an educator, a football coach and a bartender. No one can do all that and be using, or so I thought. Eventually it all fell apart, but it was too late to get him help. He was dead less than a month later. 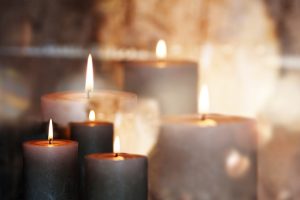 Finding Ways to Deal with Grief 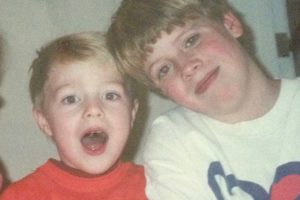